Work and care in the Covid-19
crisis: isn’t it time for fathers? 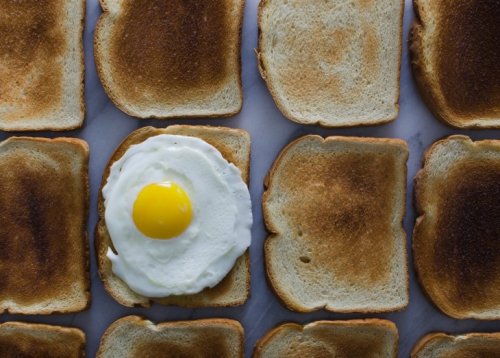 Recovery without women in Hungary

While the Coronavirus emergency is still spreading around the world, we have to deal with the many effects that the pandemic has had on family, social and economic life in Italy. And, once again, we find ourselves having to report differences in the impact on the lives of men and women.

Many official data and ad hoc research carried out in these dramatic months confirm that female employment has been more damaged than male employment, that women have been confined home from telework more frequently than men, that this has inevitably increased the conflicts between paid and unpaid work, and that, in particular, between before and after the period of confinement (lockdown) little has changed in the division of labour within families: work at home and for children has increased for everyone, but for women this has happened to a greater extent.

With an online survey conducted on a sample of more than 1000 people (men and women over the age of 18)[1] we collected information on the time spent living and working at home and away from home before, during and after the lockdown and asked respondents to compare their feelings of (in)satisfaction, fatigue, (in)happiness etc.

Our data clearly shows how the daily hours devoted to paid work have decreased significantly for respondents who were employed before the Covid-19 emergency. Before confinement, men spent on average just over 6 hours per day on paid work, while women spent about 5 hours. During phase 1 of the health emergency, the time spent on paid work was reduced by about 90 minutes per day for men and 30 minutes for women. Slight signs of recovery appear, for both sexes, in the period immediately following the end of the lockdown.

When we look at unpaid work, it is necessary to keep the hours devoted to domestic work in the strict sense (cooking, washing, shopping, ironing, etc.) separate from those devoted to caring for sons and daughters of different ages.

In the lockdown period the average daily time devoted to domestic work increased from just over two hours to just under four hours for the sample of women, while the increase was about one hour for the sample of men who saw their contribution to domestic work rise to an average of 2.5 hours per day. A very significant increase was seen in the group of mothers, for whom the time devoted to housework increased from 2.5 hours to about 4.5 hours per day. Domestic work also increased for the interviewed fathers (about one and a half hours more per day), albeit less significantly than for mothers (FIG. 1).

The most important increase in time spent on unpaid work is in the care of children, following the closure of schools and kindergartens, and the inability to get help from babysitters and grandmothers. The most significant variation is recorded in the case of children aged 3-5 years, for whom the interviewed mothers stated that they spent just under 5 hours a day before Covid-19 and about 7 and a half hours during lockdown (FIG. 2). A similar increase in care time for children in this age group was also reported by fathers, who went from spending 3 hours a day to 5½ hours during the acute phase of the health emergency.

A similar increase emerges for parents of children between 6 and 10 years of age with an increase of more than 2 hours a day for both mothers and fathers, although the former started from much higher initial levels (just under 4 hours a day) than the latter (about 2 and a half hours a day). This is followed by the parents of children aged 0-2 years, for whom very high initial care times (more than 5 and a half hours for mothers and just over 2 hours a day for fathers) were matched by more moderate increases during the isolation phase (reaching 7 hours for mothers and 4 hours for fathers). Finally, some gender differences emerged among the parents of children aged between 11 and 17 years: while among the mothers interviewed there was an increase in care time of about 1½ hours per day, fathers spent less than an extra hour per day during confinement to adolescent sons and daughters. The time spent by parents caring for children of all age groups decreased in the phase immediately following the end of the lockdown for both fathers and mothers, although the extent of these reductions is slightly lower for the latter.

This cross-section of the use of time in the Coronavirus emergency does not seem to suggest that a real and stable change in the division of unpaid work has been triggered, as is desirable to achieve a rebalancing of roles, parental and non-parental.

Figure 3 – Compared to the usual situation, how have your emotions changed in the emergency?

The lack of rebalancing shows its effects, in our investigation, also in the feelings experienced before and during phase 1 of the Coronavirus emergency. Reflexes for men and women are not the same (FIG. 3): the percentage of those who do not register changes is systematically higher for men while for women the level of stress and tiredness visibly increases. These differences remain even if the respondents are divided by level of education: women, even graduate and PhD graduates, come out more battered than men from the reversal of life and work time caused by the pandemic, while all men - therefore not only the most educated - emphasize the usefulness of their greater involvement in childcare and the management of domestic life during the period of forced departure from work outside the home.

So why not take advantage of this to give them more space and make a real revolution inside our homes?

[1] The survey has been carried out within the project Counting Women's Work, in the context of the International research network on National Transfer Accounts.