How France is trying
to fight prostitution 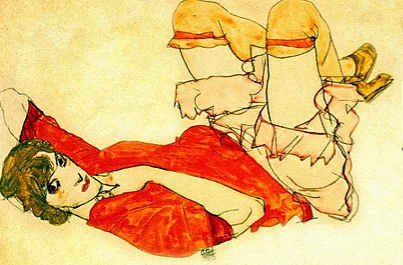 With the new law approved on December, Paris is leading the front of "abolitionist" countries. But what does that word mean? And how the repressive policies have changed? The new French law, at the center of the debate, focuses on the criminalization of the client. Steps and setting of the new law

Who are the buyers of paid sex in Europe?

A transnational research project, funded by the EU and based on interviews in five countries, reveals who are the buyers of paid sex

Pointing the finger at those who buy sex doesn’t improve sex workers condition. Although it doesn’t exist just one juridic model to regulate prostitution, several studies underline the benefits of sex market’s regulation, instead of criminalizing clients. Here an analysis of the arguments in favour of legalization.

The French National Assembly passed a bill on 4 December 2013 ‘reinforcing the fight against the prostitution system’. It will be debated by the Senate in 2014. Its two sections concern, firstly, combatting pimping and sex trafficking, and secondly, protecting victims and creating opportunities for them to leave prostitution. Two aspects of the bill have provoked the most debate: the criminalisation of clients and the repeal of the law against passive soliciting. These debates take place against the background of France’s abolitionist approach to prostitution. This has been in place since 1960, but the meaning of the term ‘abolition’ has changed considerably in that time, from the abolition of any kind of state regulation of prostitution to the abolition of prostitution itself. When Parliament passed a Resolution in December 2011 reaffirming France’s abolitionist position, it stated that France sought to become a society without prostitution. In June 2012, the newly appointed Minister for Women’s Rights, Najat Vallaud-Belkacem, announced her intention to abolish prostitution in France and in Europe.

Abolitionism has its roots in nineteenth century campaigns against the English Contagious Diseases Acts, which obliged prostitutes - but not their clients - to undergo compulsory sexual health checks. Protesters, led by Josephine Butler, called for the abolition of these laws, which they saw as an infringement of women’s civil liberties. When France closed its military brothels in 1960 and ratified the 1949 UN Convention for the Suppression of the Traffic in Persons and of the Exploitation of the Prostitution of Others, it embraced a form of abolitionism which combined a strict refusal to regulate prostitution in any way with a commitment to rescuing and rehabilitating the ‘victims’ of prostitution. From 1960 until 2002, prostitution was not illegal, although soliciting was a minor offence, and profiting from the prostitution of another was harshly penalised. French abolitionist policy on paper included prevention measures aimed at girls or women in danger of entering prostitution and rehabilitation/reintegration for those who wish to exit, but these were chronically underfunded and, in many areas, non-existent.

In 2002, prostitution was caught up in security and anti-immigration policies, and, although the rhetoric of abolitionism remained, a new serious offence of ‘passive soliciting’ was introduced in 2003 by a hardline Interior Minister, Nicolas Sarkozy. It targeted migrant women in particular. The securitisation of prostitution policy has co-existed with a strong discourse put forward by state feminists, according to which prostitution is a form of violence towards women. This was the subject of a major campaign on the part of the Ministry for Women’s Rights under the Socialist government of 1997-2002, and has re-emerged under the current Socialist government  since 2012.

Although there is a strong consensus around the principle of abolitionism, the term is used both by those who see abolitionism as meaning the abolition of the state regulation of prostitutes’ lives, and those who see it as a means of bringing about the eradication of prostitution itself. It is also used to justify very different policies. The malleability of the term enables it to draw widespread support and this, combined with an easily obtained consensus that sex trafficking is abhorrent, has lent considerable weight to abolitionists in policy debates. Far more marginalised are sex workers’ rights, sexual health and Aids prevention organisations, who call for better working conditions for sex workers, and better access to health care and social rights. They argue that pushing prostitution underground makes it more dangerous.

In France, as elsewhere, the debate hinges on whether prostitution is seen as a form of work or as a violation of human rights and a form of violence against women. What is specific, however, is that France portrays itself as an international leader in abolitionism, leading the European fight against trafficking, into which prostitution is subsumed. It presents Germany and the Netherlands as counter-models, increasingly bearing witness to the disastrous effects of state regulation.

The bill passed on its first reading in the National Assembly in December 2013 introduces fines for clients of prostitutes. The prison sentence proposed in the original bill has been dropped, and an awareness-raising course introduced in its place. Already existing and much harsher penalties for those who pay for sex with a minor (2002) or with a particularly vulnerable person (2003) remain in place.

This is not the first time that criminalising the client has been proposed, but attempts to bring this into law have, until now, been swiftly rejected. So what has changed?

The criminalisation of prostitutes in the 2003 Domestic Security Law, which created the serious offence of ‘passive soliciting’ never fitted with France’s abolitionist stance, which it has proudly reaffirmed on numerous occasions, most recently in the Resolution passed by Parliament in December 2011 and by the activities in conjunction with her EU counterparts of Najat Vallaud-Belkacem. The criminalisation of passive soliciting also contravenes the EU anti-trafficking Directive 2011/36, Article 8 of which says that victims must not be punished. Shifting responsibility from prostitutes to clients responds to both of these problems. The bill reinforcing the fight against the prostitution system repeals the law against passive soliciting at the same time as it introduces penalties for clients. The argument is that criminal networks would not be able to profit if there was no demand.

Some argue that removing the offence of passive soliciting will mean that the police will no longer have access to information from prostitutes they arrest about their traffickers. This was how the introduction of this offence was justified at the time and also how it was inserted into an abolitionist logic: prostitutes were all victims of trafficking who need to be rescued and helped to return home. It was explicitly targeted at migrants. The enforcement of the criminalisation of passive soliciting was not supported by the judiciary, which was critical of the arbitrary nature of the offence. Although there were 1028 convictions in 2005, by 2010 there were only 148.

The fight against trafficking is similarly used to justify the measures in the latest bill. The assertion that 90% of prostitutes working in France are foreign/trafficked has become commonplace. These terms are used synonymously and interchangeably, leaving no possibility of agency on the part of any foreign women in prostitution.

There have been protests and petitions. Representatives of prostitutes’ and Aids prevention organisations, including the sex workers’ trade union (STRASS), argue that penalising clients will increase invisibility and put prostitutes at further risk.

Broader public debate concerns whether the state should legislate on sexual behaviour, and whether people have the right to control their own bodies and sex lives. A group of reactionary male writers, journalists and actors signed a petition in the name of the 343 salauds (bastards) (a reference to the 1971 petition of 343 salopes (whores), which played a major role in the legalisation of abortion). They oppose the bill on the grounds of sexual freedom.

This law has less of an impact on prostitution which takes place in bars, massage parlours and luxury hotels. The focus of prostitution policy debates is visible street prostitution, but other forms of commercial sex are developing rapidly in France. The criminalisation of passive soliciting led to a dramatic increase in the use of the internet as a way of advertising services and attracting clients. The bill reinforcing the fight against the prostitution system originally proposed forcing internet service providers to block sites hosted abroad and running these adverts. This was dropped, however, following a ruling by the National Digital Council that it was an infringement of freedom of expression and communication.

Support for those who leave prostitution

The section on support for those who leave prostitution has prompted less debate, although some UMP deputies opposed the bill on the grounds that it would enable foreign prostitutes to obtain temporary residence and permits, thus, in their view, encouraging illegal immigration.

The picture is taken from the Cato Institute website