Recovery without
women in Hungary 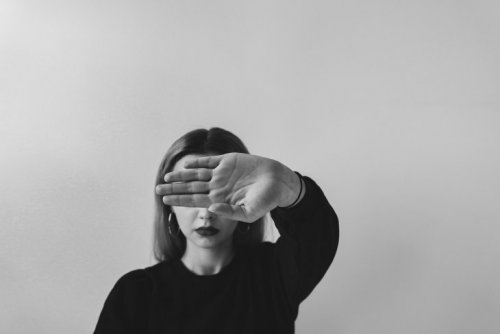 The Hungarian Recovery and Resilience Plan (RRP) ignores the EU expectations concerning gender mainstreaming and concrete gender equality measures. That is not a surprise at all. There was not any government in Hungary yet taking measures, providing budget for GE.

Women (as it is always the case concerning women’s rights in every policies of the government) are mentioned only in connection with demographic challenges linked to labour market participation of young mothers.

In terms of that, there are measures specifically targeting women’s activity rate still 15% lower than men’s. That is the only aspect from which a goal is defined about women as individuals, in their own right. There is also one element linked to the issue of this disadvantage that is providing early child care service.

Only one thought refers to the unequal effects of the pandemic of women and men, this is the topic of unequal care responsibilities during the quarantine. The text suggests that efforts should be made to ensure a more equal participation of care between men and women.

But even in these cases, the impact of eventual measures, their effect on gender equality is not even mentioned.

Other harsh consequences of the pandemic - such as raising violence, job loss, severe losses of income in the entrepreneurial field) are not mentioned at all- neither any gendered aspects of other components (such as education, sustainability, poverty, digitalization etc.)

In summary, the plan is missing a gendered approach even as of all the components, areas of reforms.

The RRP does not refer at all to the EU Gender Equality Strategy 2020-2025, but it mentions the new state document called Action plan (2021-2030) for the EU about Strengthening the Role of Women in the family and society.  As the document itself is not publicly available, this “action plan” is prepared only because of the EU’s condition for availability of funds for 2021-2027 (as the state secretary for family affairs, Attila Beneda, stated during a thematic working group on Women's Rights of the Ministry of Justice.)

There is practically not gender segregated data in the document.

There is a sentence in the RPP that speaks for itself about the opinion of the government of previous research on gender issues and efforts feminists. It states that “Hungary's Recovery and Resilience Plan does not differentiate the target group of developments on the basis of sex or otherwise to a greater extent than necessary, justified and proportionate”.

There might be serious concerns about the RRP’s ability to provide a complex, targeted and effective, professional response to discrimination against women in general and the exposure of women in particular to the negative economic and social effects of the coronavirus pandemic.

Namely, if a social group is particularly disadvantaged and discriminated against during periods which are not considered to be extraordinary, and this is even increased in exceptional periods, the lack of special attention paid to these groups and the lack of compensatory measures constitutes as discrimination rather than implementation of such measures.

According to the governmental communication, during the drafting process around 500 actors have been approached directly for partnership and for reviewing the documents, including civil society advocacy organizations, and among them women’s organizations.

Our network of feminist organizations, part of the largest European Women’s Lobby has not been contacted for the review - although we have supported and are supporting EU policy processes by different professional means, including at national level.

We have sent our opinion formulated by 4 women NGO’s, including the Hungarian Women’s Lobby, member organization of the EWL, and that of the JOL-LET (Well-Being) Foundation I am representing, to the official communication platforms. But we have not received any reaction, and our suggestion have not been included in the second version of the RPP prepared by the government.

As for the 50 reforms/investments planned to be financed from the RRF, they would cost a total of HUF 2,511.3 billion. The main components and amounts are the following: Demography and public education, 230.69 billion; Highly skilled, competitive workforce, 281 billion; Development of settlements, 77.47 bln; Water Management, 44.35; Sustainable Green Transport, 631.00; Energy, 262.49; Energy Transition to a circular economy 103.00; Health, 857.04; Horizontal measures 24.21 billion.

But there has been no public debate on what role, and counting on what resources, women should have in the recovery process.

This article is based on the analysis we sent to the Hungarian government and the EU.