Big business and
democracy in Seattle 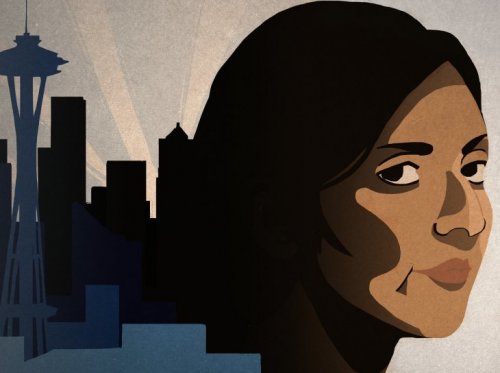 Abortion and the State of Fear

Starting from the latest news, Yasmine Ergas explains how the Texas Heartbeat Act creates a scorched earth around any woman who might attempt to, or has had, an abortion.

“Gender ideology is the devil’s work”: how to reconstruct Brazil’s economy under Bolsonaro?

Few US cities have progressive legislators on their city councils. I happen to live in one of those cities—Burlington, Vermont—where a majority of the city councilors are in the camp of Bernie Sanders, the sole socialist in the US Senate.

It is one thing to be one of several progressive city councilors, but quite another to be the sole progressive voice—especially if you are a woman. Women in particular are singled out for public attacks—perhaps because they are seen as vulnerable prey, perhaps because attacks on women are seen as more legitimate than on men due to sexist norms of who has the right to be empowered, to speak up, and to challenge the status quo. Mona Lena Krook, author of Violence against Women in Politics, notes that “sexist attacks against female politicians are not only driven by policy differences. They also question women’s rights, as women, to participate in the political process at all.”

In this light, the attempts to recall Seattle City Councilor Kshama Sawant deserve further scrutiny beyond the reasons offered by her detractors.[1] Sawant ran on a platform that advocates raising the minimum hourly wage to $15 an hour, rent control, and taxing big business and the wealthy.

And the work of Sawant and others has been successful. In June of 2016, Seattle adopted the $15 an hour minimum wage. Sawant also proposed a 1.3% payroll tax on Seattle’s largest businesses, including Amazon. The tax would only be applied to 2% of Seattle’s businesses—those with a payroll greater than $7 million a year. And again, Sawant’s proposal gained traction. In June 2020, Seattle passed a modified version of Sawant’s Tax Amazon proposal, with a goal of funding affordable housing in a city where homes have become unaffordable due to the tech boom and the impact of companies like Amazon.

To put this modest tax increase in perspective, Amazon’s profits increased 200% from 2020 to 2021, largely fuelled by a dramatic increase in online sales under COVID-19 lockdown. We might well ask whether, although “legal,” the amassing of such huge profit in a city with severe inequality is itself ethical. We might even compare the claims that Sawant has engaged in ethical violations in her role as city councilor to Amazon’s profit-taking. There is some good news. Amazon recently announced it will raise wages by between $0.50 - $3.00 an hour for more than half a million of its US employees. Public pressure and outcries as well as the work of progressive leaders such as Sawant have played an important role in leveraging those changes.

Despite this—or perhaps because of her success—the attacks by Seattle business interests on Sawant continue. The gender and racial/ethnic overtones of the backlash should not be ignored. They should be challenged. We should not forget that women, and especially black and brown women, have a deep understanding of economic hardship. As parents trying to combine work with care, often undermined by low wages and discriminatory treatment in access to well-paid positions, women know the challenges that many working class families face. People like Sawant who advocate for a more inclusive, fair, and equitable society deserve our support. In the words of Bob Marley, “Speak up. Stand up for your life. Stand up for your rights. Don’t give up the fight.”

[1] Sawant has been accused of ethics violations. For a description of those charges and Sawant’s response, see the article published by Jacobin in November 2020.