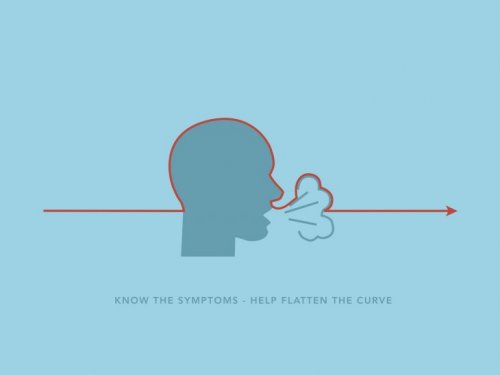 Although in-depth studies on cyber violence during the COVID-19 crisis have not been conducted, cybercrime has quadrupled according to the FBI and experts warn there may be increased cyber violence and cyberbullying during the pandemic. Furthermore, there is an increase in teleconferencing hijacking, also known as "zoom-bombing," and perpetrators have targeted university courses on gender and race-related topics. In response to these cyberattacks, Universities and Zoom are tightening security measures, and the FBI categorized zoom-bombing as a federal offense.

To better understand this issue and its challenges, starting from the political sphere is essential.

Today, more women are running for political office around the world than ever before, with historic numbers of women candidates winning seats in national legislatures and local governments of countries as diverse as the United States, Brazil, Sri Lanka, Mexico, and Djibouti. However, women today also face alarming and unprecedented levels of targeted political violence--including cyberviolence. A 2018 survey of women European Members of Parliament and parliamentary staff from 45 different countries found that 85.2 percent of respondents had experienced psychological violence during their term in political office, and 58.2 percent had been the target of online sexist attacks on social networks. 46.9 percent had received death threats or threats of rape or beating. Troublingly, it appears that the level of political violence is also increasing.

Research indicates that professionals in public roles, such as journalists, politicians, and activists, are one of three categories of women most targeted by gender-based cyberviolence. Abuse worsens when political opinions are expressed and intensifies during election campaigns and while holding political office. Moreover, female candidates and elected officials are twice as likely to be targeted compared to their male counterparts, and this abuse is amplified for women of color and members of the LGBTQ+ community.

Cyberviolence against women in politics also manifests in deeply gendered ways, often focusing on women’s physical appearance or involving threats of sexual assault. This abuse can take many forms, from revenge porn and doxing to stalking and threats of rape. In one case from 2017, harassers released fake nude photos of Diane Rwigara just days after she announced she would run to unseat Rwandan President Paul Kagame. These attacks along with other efforts ultimately forced Rwigara out of the race. These online forms of harassment and abuse form part of a continuum of victimization and violence that takes place in both digital and physical spaces, often spilling over from one to the other.

Cyberviolence threatens to silence the voices of victims, particularly those already marginalized in society. Our academic research and evaluation of high profile incidents of cyberviolence in politics has identified it as a serious issue with particular implications for diversity and inclusion in politics. These consequences are internationally pervasive and devastating for both individuals and society at large. Consequences include chilling effects on freedom of speech and political participation, which not only serves as a barrier to entry for positions of power but also hinders minorities from obtaining an equitable status and voice. These threats of intimidation and exercises of control undermine democracies, while also reinforcing the status quo of white, patriarchal power. Consequently, the lack of representation in key positions continues, perpetuating systemic oppression and halting progress within society.

These acts of harassment threaten the physical and psychological safety of potential agents of change, increasing inequality within the political system. The implications of cyberviolence has also led to shame, death threats, and, in the most dire situations, murder. Harassment for women is largely sexualized, as threats of sexual violence and physical intimidation threaten women and LGBTQ+ candidates on the campaign trail. Abuses online often lead to abuses offline, including break-ins, vandalism, and invasion of privacy. As Rebecca Thompson, who ran for the Michigan House in 2014, noted, “I felt unsafe throughout the entire campaign. It almost seemed like psychological warfare, like they were trying to psych me out.” As a result, women either drop out of the campaign or decide against re-election. As seen in the UK parliament, the lack of women running for re-election is a “tangible symbol of the worsening intimidation both online and offline.”

Cyberviolence imposes real, material consequences on society and individuals’ lives. However, despite well-documented impacts, gender-based cyberviolence has not been appropriately addressed due to a variety of factors, including the cultural normalization of gender-based violence and the failure to appropriately recognize the deeply gendered nature of political engagement.

What must be done

Currently, key stakeholders, including political campaign organizations, policymakers, and social media companies, are failing to prevent and respond to gender-based cyberviolence, and, in many ways, they perpetuate its occurence. Furthermore, as technology becomes increasingly pervasive in our lives--as strikingly demonstrated by the COVID-19 crisis--cyberviolence has the potential to worsen in prevalence and gravity.

To stop cyberviolence, key stakeholders must take responsibility and implement policy interventions to address the gendered implications of cyberviolence in politics. Currently, political parties and campaign organizations provide precautionary advice to female candidates regarding their physical appearance and social media presence, such as posting “grandma safe” pictures and policing personal activities on their phones like sexting and the storage of sexually explicit photos. Instead, organizations that train and support candidates should denounce cyberviolence and avoid dispensing precautionary, victim-blaming advice.

Furthermore, political parties often fail to back women when attacks occur. Instead, political parties distance themselves from victims and paint incidents as cautionary tales. These practices reinforce the victim-blaming status quo at the crux of gender-based violence responses. Political institutions should recognize gender-based cyberviolence as a political risk, and implement procedures that shift responsibility from victims to perpetrators. Political networks and institutions should establish a zero tolerance policy for cyberviolence and pledge to back women in the face of such attacks.

Policymakers should amend Section 230 of the Communications Decency Act to hold social media platforms accountable for the content they host. The failures of companies, predominantly Facebook and Twitter, to address cyberviolence has led to the elevation of misogyny on these platforms. To further establish accountability, companies should collect and publish data on abusive content on their platforms. Data should include the rate of reported incidents disaggregated by type of abuse, the company’s response rate, and response methods. Also, verified accounts of serial cyberviolence perpetrators should be identified and data reports made transparent and accessible to users. In addition to being held accountable, social media companies should form partnerships with policymakers to combat cyberviolence by prosecuting incidents of revenge porn.

Although policy interventions by social media platforms, policymakers, and political organizations are essential, it will take collective societal action to shift the norms that generate and perpetuate gender-based violence. As allies, we can do more by refusing to remain complicit, reporting observed incidents to online platforms, and demanding that gender-based cyberviolence be prioritized as a serious issue by stakeholders that hold power to enact change.