Scenarios for future of
gender studies in Hungary 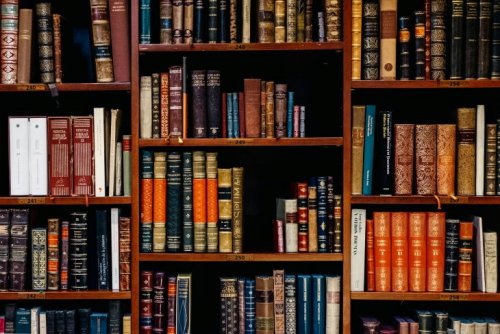 Academics in the field of gender studies do not normally experience a high level of public interest in their work, yet in recent years things have taken an unexpected turn in Hungary.

Not only has the number of prospective students applying for Central European University (CEU) Gender Studies increased, but blogs and the mainstream media have focused unprecedented attention on these academics, inquiring about what exactly they teach, how and why they teach it, and how their graduates will do on the job market. This wave of interest in the field of gender studies can be explained by the interaction of three factors.

The first was the relatively late institutionalisation of gender studies in Hungary, which unfortunately has coincided with the emergence of transnational movements using the concept of “gender” for mobilisation against gender equality. The second was the Hungarian government’s decision to ratify the Council of Europe Convention on Preventing and Combating Violence against Women and Domestic Violence (the Istanbul Convention) years after its signing, which prompted protest of fundamentalists of various religions. At the same time, politicians, bloggers, actors, celebrities, self-acclaimed experts, even cooks, and occasionally even academics in the field are making statements about content, form and impacts of teaching gender studies. The third one is that in 2018 the Ministry of Human Capacities, which supervises higher education, deleted without any consultation a two year master’s program in gender studies from the accredited study list.

Here, I will examine the interaction of these factors, which has resulted in the increase of news coverage, blog posts and television reports on gender studies in the Hungarian higher education. Gender studies has become a pop-science, and I see three possible scenarios for the field in the near future: a return to the previous state of disinterest, a state of continuous cold war, or a period of damaging open conflict. Recent events suggest that this third scenario is becoming increasingly likely.

The development of gender studies in Hungary

In Hungary the collapse of communism in the 1990s made it possible for interested students to pursue gender studies at their university, even though it was not possible to get a degree in the field at the time. During this period, gender studies in Hungary were powered by three intellectual streams. The first was research on social inequality, women’s employment, social stratification, social policy, poverty and inequality, which had a long tradition in Hungarian sociology. Following earlier efforts at the University of Economics (formerly Karl Marx University) a Women`s Studies Center was founded. The Faculty of Social Sciences at Eötvös Loránd University (ELTE) filed for the accreditation of its master’s course in gender studies, and after a two-year-long tedious administrative process it was authorised to start from autumn 2017 and banned already in 2018. The  second and  last cohort of master’s students in gender will graduate in June 2020.

The second intellectual stream of gender studies in Hungary is the gendering of long-established humanities disciplines such as history, literature and linguistics. Feminist literature and linguistics played a crucial role in this, as did certain Anglo-American studies departments that were able to integrate gender into their modules. As a result, gender studies centers were established at universities in Szeged, Debrecen and Miskolc. In 2016, the Research Centre of Women`s History at ELTE emerged through an interdepartmental collaboration at the Faculty of Arts, and a new doctoral degree was expected to be launched in the autumn semester of 2017 at the Department of American Studies but it was stopped by the university leadership. Courses in gender studies  are being offered by the same faculty unless they are exercising self-censorship as nobody has lost their job so far due to deleting the accreditation of the two year master’s program in gender studies.

The third stream comes from work done by women’s NGOs, which in many countries were able to establish women’s centres publishing journals or offering courses on domestic violence, civic engagement, and training women entrepreneurs among other topics. In Hungary, however, so far such organisations have failed to establish an educational institution of their own. This is mostly due to a lack of funding, indifference on the side of possible donors, and, most significantly from 2010 onwards, the Hungarian government’s open war on civil organisations. Nevertheless, several publications addressing violence against women and social policies concerning women in Hungary were initiated by NGOs.

The stakes of the discourse

How did a subculture within university education become a hot political topic in the media? Why has Bence Rétvári, the undersecretary of the Ministry of Human Resources, compared gender studies to Marxism-Leninism? Why has the Alliance of Young Christian Democrats (IKSZ) sent an open letter to ELTE’s rector stating that gender studies represent “fake science”, are the product of the “gay lobby”, and do not contribute to solving the real problem of demographic decline?

At first glance, such vehement reactions are difficult to understand. After all, accreditation of teaching programs in higher education are in the sole competence of the Hungarian Accreditations Committee, which has not experienced any direct political influence in its work since 1990. Looking at the wider context, however, the increased media attention focused on gender studies can be explained by both the process of building an illiberal democracy in Hungary and the global fight against gender equality which has reached Hungary. For illiberal populists, the concept of “gender ideology” has become a powerful symbolic glue for the current insecurity of the socioeconomic order and its structural injustices. This has made it possible for illiberal public actors to exploit popular discontent by directing public attention towards questions of gender equality. Attacks on secular values and the norms of human rights and equal opportunity fit well into the Hungarian government’s anti-EU rhetoric, their criticism of the current system of liberal democracy, and their strategy to mobilise for their own state- funded civil organisations. Hungary’s government can gain wider support for all of these measures by constructing a frightening image around the concept of “gender”, which is why gender studies as such is suddenly at the centre of heated public debate.

Possible scenarios for the future

The least probable scenario for the near future would be for gender studies to return to its former status as an issue attracting little attention and widespread indifference is society. Due to the decrease of funding in higher education and the global emergence of illiberal politics, however, I consider this unlikely.

A continuous state of cold war might have been a plausible scenario until recently, with questions about the content and methods of gender studies resurfacing in the media from time to time. This seemed likely when it was announced that the government would launch a “counter course” at Corvinus University to the gender studies masters` degree course at ELTE, with a planned starting date of autumn 2017. The program first admits students in autumn 2020. By now those who have been previously advocating, teaching and researching gender studies are employed to teach at this program. It will be interesting to see if they will exercise self-censorship or rather they will use this as a site of intellectual resistance and subversion. And while the government, despite significant opposition from both national and transnational fundamentalist groups, remain politically committed to implementing the Istanbul Convention (and drawing significant EU funds for this purpose), a media campaign against gender studies directed by government members of secondary importance serves to divert critics’ attention from this effort.

The third scenario is a prolonged cultural war. The Hungarian government appears to have chosen the path of open conflict by widening the focus of their attack from gender studies in particular to international higher education in Hungary generally. On 4th April, 2017 a bill was passed by the Hungarian Parliament that aims to encumber CEU’s operations by regulating, among other things, the employment and admissions policies as well as the curriculum of international universities as a condition of a bilateral intergovernmental political agreement.

These proposed changes are actually about hierarchy and political control, and CEU was founded in 1991 to combat exactly these values and government practices. It is not surprising then, that a whole network of CEU alumni, political and academic supporters was very quickly mobilised, and on 2 April, 2017 more than 10,000 people protested in Budapest, followed by another protest on 9 April of about 70,000 participants, with solidarity protests in London, Vienna, Berlin and Cluj. Hungarian universities, student unions, as well as a wide range of international academics, institutions are standing by CEU and the autonomy of education. CEU is moving all degree giving programs from Budapest to Vienna from 1 September, 2020, including of course gender studies.

The recent health, economic, security, asylum and migration crises have fundamentally changed social realities in Europe. There is a burning need for a meaningful, critical scholarly reflection on these developments. Gender studies scholars need new, courageously formulated questions and a new language to address these issues. Given the recent media attention at gender studies, the current situation may present an unprecedented opportunity for feminist academics to gain broader social support for their work in the public discourse. The government’s attack on CEU may yet backfire by fueling opposition from the whole higher education sector in Hungary, and, in the longer term, the whole country itself.

An earlier version of this article was published here.