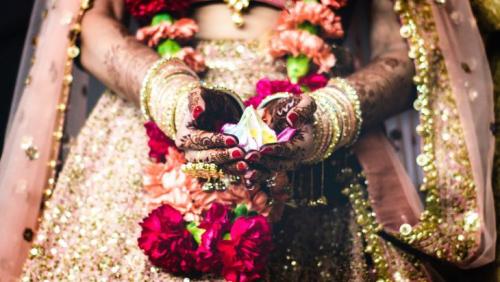 Two friends from Delhi, Aitareya and her male counterpart Pranjal, begin a journey to the southern States-Andhra Pradesh, Karnataka, Kerala, Telangana, and Tamil Nadu - and both are very excited about this trip, particularly when it comes to Kerala, known as “God’s Own Country”.[1] They visit various shrines such as Sree Padmanabhaswamy, Ettumanoor Mahadeva, and Sri Guruvayurappan, as well as several temples located in Suchindram, and want to end their journey by visiting the Sabarimala Sree Dharmasastha Temple (better known as Sabarimala), an 800-year-old hilltop shrine located in Sabarimala, Periyar Tiger Reserve, Pathanamthittha District, Kerala (India). However, they come to know that both won’t be allowed in; only men of all ages, as well as women who are not of childbearing age (that is, girls under 10, and women aged over 50 years), are allowed to enter the shrine. This ban makes both of them very curious about Sabarimala, particularly Ms. Chaudhary . She asks: “Why am I not allowed in? We had a woman head of State half a century ago, that is, the late Prime Minister Indira Gandhi; more recently, a woman has been heading our Defence Ministry, and various pivotal positions in government, corporations, and other organisations are held by women. Still, I’m not allowed to enter the shrine”. This leads the two friends to consider carefully why she isn’t allowed to enter Sabarimala. The more they thinks, the more blurred the picture becomes. Finally, they realise that this is not a mere entry ban concerning a religious site but a larger, complex issue, especially with regard to women.

Religious faith and beliefs. According to local beliefs and mythology, Ayyappan, the deity of Sabarimala, was a brahmachari, that is, he conducted a celibate life, just like Hanuman of Ramayana, an ancient epic scripture of the Indian subcontinent and Southeast Asian countries. Ayyappan established the rule that only women who are not of childbearing age, as well as men, are allowed to take part in pilgrimages. Local people tell them that this tradition started many centuries ago: it’s because of this ban that Ayyappan flew from the Pandalam Palace to Sabarimala; his sanctity should therefore be respected. Mr. Anand  rebutted that sexual desire doesn’t depend on age: it’s a matter of individual preferences and choices. “I know many people whose sex life becomes more active upon turning 50” he says. They don’t have an answer for him: they simply say it’s a matter of faith. “Yes, I agree”, says Ms. Chaudhary,  “but this notion of faith changes over time, and I think it’s time to amend the rules, allowing all women to enter the Sabarimala Temple.”

The second item of discussion is the duration of the walking pilgrimage to Sabarimala: a total of 41 days, during which devotees – wearing prayer beads – take shelter in various lodges before reaching the shrine. The pilgrimage starts with the visit to a nearby temple, and continues through the Periyar Tiger Reserve for more than 10 km: the pathway is surrounded by forests fraught with dangerous animals and other creatures, a very risky experience for visitors. Aitareya Chaudhary remarks that the duration of the pilgrimage has shortened due to a better road and pathway network. Moreover, the Kerala Devaswom Board has arranged various facilities and services – such as shelters, food, and medical assistance – that have made the pilgrimage easier. As a result, the visit can be completed within three to four days (in many cases, also on a one-day trip). Women’s safety is thus guaranteed: let them visit the shrine!

Right to equality. The tradition in question started when it took devotees as many as 41 days to visit the shrine. It wasn’t therefore a safe experience for women and children (although this assumption is contradicted by the fact that girls aged below 10, as well as women aged above 50, were allowed to enter the shrine). Times have changed in the meantime: better roads and pathways are now available to visitors, and the latter’s physical security is guaranteed. Therefore, women should be allowed to visit the shrine. As stated by the Supreme Court of India in a judgment adopted on 28 September 2018, preventing an individual from visiting the shrine due to their age and gender amounts to a violation of the right to freedom of religion, enshrined in Article 25 of the Constitution of India; furthermore, pursuant to Article 14 (right to equality), women cannot be denied access to a place because of biological factors. Since then, women have been trying to enter the Sabarimala site, facing strong opposition from local inhabitants and other people; their security has often been threatened.

Protests are going on all over the country and particularly in Kerala: a 650-km-long“women’s wall” – called “Renaissance Values” and made up of 5 million protesters– was formed in support of the Supreme Court’s decision. The initiative, which represents one of the biggest demonstrations all over the world, is supported by the left-wing government of Kerala, and involves women from all over the State, who protested – in various places, including highways – against the shameless discrimination perpetrated at the Sabarimala Temple. The demonstration was preceded by several protests in the last three months. We won’t giveup, and we’ll stand for our right to equality.

After a three-month struggle, two women eventually entered the shrine on 2 January 2019, and offered a prayer to Ayyappa. However, immediately thereafter, the temple was closed and purified by the tantri (the highest priest and head of the temple) and other co-workers: an action that demoralises and demeans women, based on a feudal and reactionary mentality – unacceptable to us women – of a segment of society. Kerala is actually a very progressive State: the human development index rating is high (0.784), women’s literacy rate stands at 92%, the literacy gap between men and women amounts to a mere 4%, the gender ratio for all ages is high (1,084 women per 1,000 men), and women’s empowerment is widespread (Economic Review 2017, Government of Kerala).

Political debate on women’s access to the shrine. Women’s right to enter the Sabarimala Temple has been widely discussed at political level, with various national parties expressing their views: among them, the Bharatiya Janata Party (BJP), the Indian National Congress (INC or Congress), and the Communist Party of India (Marxist), better known as “CPI (M)”. Most political parties, including the ones listed above, initially welcomed the Supreme Court’s judgment. The reason behind such endorsement is quite practical: they were trying to gain women’s consensus with a view to the upcoming general elections, which are scheduled to take place in the next spring. However, at a later stage, BJP and INC changed their stance: according to a very senior leader of INC, the Supreme Court’s decision is an “unnecessary proactive act”, whereas BJP deems it to be “an assault on Hindu traditions, which must be respected”. Both parties have often mentioned that their new stance is based on public sentiments. However, the reason behind their argument is once again purely political in nature. From its part, CPI (M) – at both national and local level – has always endorsed the Supreme Court’s decision and, as the ruling party in Kerala, is trying very hard to enforce it.

Economic aspects of the SabarimalaTemple complex. The Kerala Devaswom Board’s annual earnings amount to over Rs10 billion ($179.8 million). About one fifth of proceeds come from the Sabarimala Temple, just below the level of annual earnings (Rs 4 billion or $71.9 million) totalled by the Sri Guruvayurappan Temple (Times of India, 4 September 2012). It’s worth remarking that the Sri Guruvayurappan Temple doesn’t have any discriminatory policy in place against women. Furthermore, these figures date back six years, and the earnings of the temples have increased significantly. Proceeds come from donations by devotees, Prasadam, and other rituals performed by pilgrims. From this perspective, if you allow women of childbearing age to visit the Sabarimala Temple, its annual proceeds are likely to increase substantially. This would also benefit other Kerala-based temples with limited financial resources, allowing them to renovate buildings, construct new facilities, and arrange modern equipment, thus meaning an increase in the number of pilgrims visiting the State. As a result, tourism in Kerala, as well as the overall growth of the State, will be boosted. This is particularly important at a time when Kerala’s economy is slowed down following a decrease in remittances from the Gulf countries due to, among other reasons, unrest; besides, the State has recently been hit by a massive flood, which damaged and destroyed property, crops, livelihoods, and other physical assets worth between $2.20 to 2.93 billion, in addition to claiming many lives (ASSOCHAM estimates, 2018).

After weighing all these issues, Ms. Aitareya Chaudhary and Pranjal Anand reach their  own conclusion: allowing women to enter the Sabarimala Temple introduces many positive changes at social level and, in particular, in Kerala: such an important move reflects Kerala’s progressive approach towards women. As a result, women’s rights will be guaranteed, political parties – rather than politicising women’s access to the Sabarimala shrine – will have to find more convincing arguments in the run-up to the next general elections, and finally Kerala’s economy will be boosted by the growth in tourist flows. Furthermore, Kerala has played a leading role as concerns many developments in different fields, as well as in relation to human development indicators.  The two friends thus urge everyone to see this change from a gender equality perspective, rather than focusing on the sentiments of some segments of society. Finally, visiting a shrine should be an individual choice and not something related to (and influenced by) religious dogmas, customs, society, and political parties. Both end the discussion by saying: “Worship and spirituality are a very personal journey that should be respected.”

[1] Aitareya and Pranjal are fictional characters. However, this story is based on a true incident and on the author’s own observation of the social, political, and economic milieu after the Supreme Court of India judgment on the Sabarimala case. The views expressed are those of the author, and do not necessarily reflect those of the institution she is affiliated with.