Women's bodies in the
biotechnology market 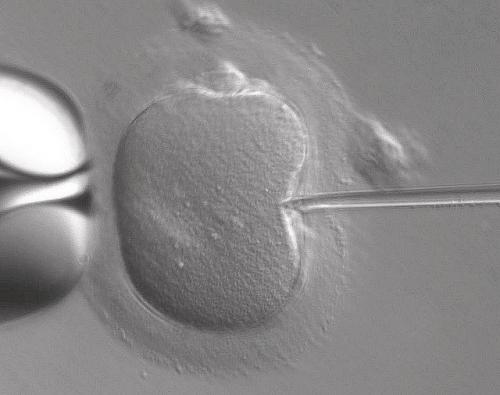 For a fuller comparative understanding of surrogacy, it is beneficial to contemplate U.S. surrogates’ point of view. Their views, although consequential, are often ignored by both opponents and proponents of this practice

Women’s eggs are commodified in both reproductive biotechnologies and research. About one in every eight IVF pregnancy in the United States employs another woman’s eggs,[1] while the pressure to harvest human eggs for new research technologies continues unabated in such headline-grabbing technologies as ‘three-parent IVF’. Meanwhile commercial surrogacy, which involves the buying and selling of women’s labour in the labour of childbirth, has also expanded.

In writing the recently published second edition of my book Property in the Body: Feminist Perspectives, I discovered that all that has changed in the decade since I wrote the first edition is the particular technologies that demand women’s reproductive tissue. Stem cell research is less in the news now, three-parent IVF more so. Both require large quantities of human eggs, but you’d never know it from the news coverage: the phenomenon I originally called ‘the lady vanishes’. Ten years on from the first edition, I can say that the lady has vanished and is still missing. This selective inattention allows commodification of women’s tissue and labour to take place largely unobserved.

Yet the language of gift can and does co-exist with commodification in the extraction of human eggs for IVF and research. Indeed, the process of commodification is eased and abetted by encouraging tissue sellers to view their ‘gift’ as altruistic, even if it is paid for and thus not really a gift at all. This is an important means by which women’s labour vanishes in egg provision for the new reproductive technologies.

Although both sexes are encouraged to see their ‘donation’ for IVF as altruistic, women are urged to view it as entirely so, while men are mainly meant to regard it as a job like any other. That complicated reality is well captured by Rene Almeling in her analysis of private and public egg and sperm banks in California. True, the ‘lady’ herself does not vanish in these transactions—indeed, egg ‘donors’ are encouraged to develop an ongoing relationship with the couple they serve, which is strongly discouraged for sperm providers. What ‘vanishes’ instead is the labour and risk-taking that the women put into egg retrieval, along with the contractual commodification of eggs, camouflaged by the mask of ‘gift’.

While most commentators on commodification concentrate on tissue per se, in my book I am more interested in the labour that goes into producing that tissue, and in the ways in which women’s reproductive and regenerative labour is either reduced to the level of a natural function or ignored altogether. In fact, however, the labour involved in egg retrieval should be seen as substantial.. The ethics committee of the American Society for Reproductive Medicine has estimated that providing eggs for IVF requires fifty-six hours of a woman’s time, or as I prefer to construe it, of her labour.

Furthermore, women undergoing the process of so-called egg donation—really sale, if paid--must choose to do so on the basis of an insufficiently documented but worrying degree of risk Even in our age of evidence-based medicine, there is still a dearth of long-term data on exactly how much risk is entailed, because egg providers are not routinely followed up: another instance of the vanishing lady. Only two per cent of ‘donors’ were ever recontacted for further medical observation, according to one of the few studies on long-term effects for egg providers.

What evidence we do have indicates that the most serious risk is ovarian hyperstimulation syndrome, which can produce cysts, enlargement of the ovaries and severe fluid retention, which can be fatal. Particularly in the commercialised environment of some US states, women selling eggs are often insufficiently informed about these substantial risks. When questioned by a researcher posing as a potential egg seller, one clinic shrugged off the adverse possibilities as ‘irritability, a little water retention, so you gain a couple pounds’. A recent study of 435 donor recruitment agency advertisements revealed that would-be donors are very rarely informed of the full extent of risks they may be running. Although the comparatively high price paid for eggs should perhaps alert egg sellers to potential risks, there is little indication that it does actually have that effect. In most Western European jurisdictions, such as Italy and the United Kingdom, outright sale of eggs is not permitted.

‘Surrogate’ or contract motherhood is an equally obvious example of how women’s reproductive labour is bought and sold. Even in countries that formally prohibit commercial surrogacy, pragmatic factors have played an important role in normalising the practice. This is particularly true when judges are confronted with cases of a fait accompli, for example when the choice is between allowing a child born abroad as a result of a cross-border surrogacy transaction to return with the commissioning parents or to see the child put into a foreign orphanage.

In the United Kingdom commercial surrogacy remains formally illegal, and surrogacy contracts are not enforceable by law. Yet the paramountcy of the child’s welfare and the commissioning parents’ right to respect for private and family life under article 8 of the European Convention on Human Rights have created an increasingly permissive regime for cross-border surrogacy contracts in the UK. By contrast, it is in the Third World that the strongest measures have been taken against international surrogacy operations, with legislation against the practice enacted or pending in Mexico, India, Nepal, Cambodia and Thailand.

Superficially but damagingly, opposing surrogacy might be interpreted as allying oneself with conservative social forces, for example, those who oppose same-sex marriage. Conversely, advocates of ‘baby markets’ extol the manner in which market mechanisms provide unique opportunities for law and culture to recognize that people form families in different ways. Progressives, who might otherwise be sceptical about the benefits of unregulated markets, have often been open to a market approach to reproductive rights.

But what about the interests and needs of the surrogate mother? There has been too great a readiness to assume that because if a woman is being paid for her reproductive labour, her interests and needs have been met. In the case of egg sale, this argument is insufficient, particularly because there is no long-term follow-up and thus no proper assessment of the medical risks. Even greater risks pertain to pregnancy and childbirth, but again, there is no proper evidence base about surrogacy. In a recent documented case, a 34-year-old paid American surrogate, Brooke Lee Brown, died of placental abruption and amniotic fluid embolism during her twin pregnancy. Assuming she had given a fully informed consent, is it  sufficient to say that she accepted these risks of her own free will?

The most basic principle of medical ethics is primum non nocere: first, do no harm. By this standard, doctors should not impose medical risk on a patient without corresponding medical benefit, even if the patient is a consenting competent adult. Consent is not the only issue: the patient should not be asked to consent to what doctors should not do. That would mean that fertility physicians cannot rightfully offset the medical risks imposed by surrogacy with any corresponding medical benefit to their patient, who is usually the commissioning mother rather than the gestational mother. Even so-called ‘altruistic’ surrogacy is open to this objection.

In the specific context of India, much ‘altruistic’ egg donation and surrogacy involves pressure put by the family on women members to ‘volunteer’ for those roles. Women’s bodies are seen as a shared resource among the entire family; a model of supposedly free and consensual gift ignores this practical reality.

Reproductive bioethics is awash with the language of altruism and gift—the persistent terminology of egg ‘donation’ for what is really sale, for example, or the view that altruistic surrogacy is unimpeachable, even praiseworthy. The favourable associations of altruism and gift have camouflaged what is really going on, in a form of Orwellian Newspeak. This language hides the valuable tissue and labour contributed by women to an often highly profitable biotechnology sector. We should see through it.