Gender and care in times
of global economy Gender and care, a complicated relationship in times of global economy. An interview to Rhacel Parrenas, Professor of Sociology and Gender Studies at University of Southern California

Gender and care, a complicated relationship in times of global economy. Your areas of research include labor, migration, transnational feminism, economic sociology, gender and the family. You have done seminal work on migrant domestic workers, including also the case of Filipino domestic workers in Italy...Which do you think the elements that characterize our time are, and what has changed compared with the past in the care of houses and families?

Many scholars have observed that the emergence of dual wage earning families have intensified the outsourcing of care. Outsourcing while keeping care affordable is one challenge facing families. Thus families try to secure unpaid care, relying on friends and kin. They also rely on part-time care. Some however have to rely on full time care. Those willing to do this work for an affordable wage increasingly are immigrant women.

It’s just out the new edition of the book Servants of Globalization that make you famous and in which you offered a ground-breaking study of migrant Filipino domestic workers who leave their own families behind to do the caretaking work of the global economy in cities like Rome and Los Angeles. A decade later, how the paths of these women evolved and how their migrant communities has changed? This opens an interesting topic, and perhaps still little explored: the aging migrants...

The first generation of Filipino migrant domestic workers - who left the Philippines in 80s and 90s - are now aging and must retire. In the case of Los Angeles, we see them continue working until old age as many had been undocumented and never built a pension. This process shows a life cycle in domestic work as they perform the more high energy work of child care in their younger year and transition to the low energy work of elderly care as they themselves age. In Rome, we see a bifurcated community between those able to retire in the Philippines (the ones who contributed to their pensions) and those who need to stay in Italy in order to receive social security from the government. What is key here is to remind ourselves that domestic work is low paid work and as low paid work, it is difficult for these workers to accumulate wealth for retirement. Sending children to school in hopes the children will support them in old age is a feasible strategy but the problem is not all children become successful and financially able. Domestics find themselves continuing to care for their dependents - including adult children - as they age. 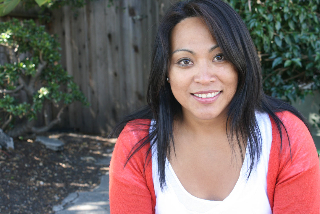 Let’s talk about second-generation migrants. What kind of life the sons and daughters of a woman who works in the domestic work sector are having nowadays? What are the prospects for their courses in education and for their job placement?

Italy is one of the rare destinations that provides a pathway to citizenship for domestic workers. This is not the case in ALL other destinations that give a labor visa to domestic workers. Canada for instance really rescinded this right for domestic workers. This citizenship right has resulted in parents sponsoring their children to join them in Italy. For this reason, we see a second generation of Filipinos in Italy. The mobility of these children are limited however as the visa system in Italy makes it easier for such children once they reach adult age to maintain long term status if they pursue domestic work rather than education. To stay in Italy as a college student is more precarious for them. Interestingly, many of the second generation are not raised in Italy but in the Philippines. This is because costs are lower in the Philippines. They join their parents when they are teenagers. Those joining at a younger age, like 14 years old, usually acquire the language and manage to secure front stage retail employment. Those joining at a later age, like 17 years old, usually become domestic workers.

In 2011 you published another book, Illicit Flirtations, an inquiry into the Filipino workers in the Japanese sex trade, a book with the ambition to free the speech from stereotypes. What are the most interesting results you carry around from that analysis and what kind of keys it can give us for a better understanding of the domestic work market?

This study foregrounded the status of migrant workers as unfree workers whose legal status is contingent on their continuous employment to one employer and inability to change employer. This study led me to realize that this precarious status is not unique to them but is one shared by most migrant domestic workers globally.