The Finnish basic income debate
from a gender perspective 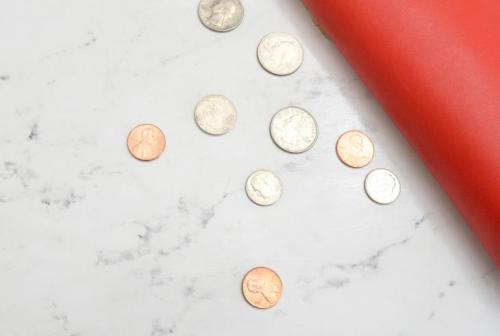 The Finnish Basic income experiment that started in 2017 is coming to its end. The experiment has sparked a lot of discussions and everyone wants to know how it affected the participants’ lives. Did they find employment? Did their incomes rise, how many lived only on basic income? What next?

Indeed, the discussions have mostly revolved around economic issues and the social perspective, including the impact on gender inequality, has so far remained marginal. In this article, I present the current debate on basic income in Finland and discuss the gender perspective of basic income in the Finnish context.

In 2017, the Finnish government started a two-year experiment to test a Basic Income (BI) model that involved 2000 randomly selected unemployed individuals who would receive 560 euros per month. The money was unconditional, that is, it did not require the participants to work or participate in any policy measures. The experiment has received a lot of attention in both national and international media. While the experiment has been criticised as a political compromise, it has raised basic income in Finland as a notable issue in the political agenda. Discussion on the options to the current minimum income protection is timely particularly now that the government is planning a massive reform regarding the social protection system as a whole. Also, several political parties have taken stand on the issue and have introduced their own social security models. The main issue separating the proposals is the question of unconditionality, that is, whether money should be given to citizens without any obligations or whether it should be more like a benefit that is conditional on employment or training.

Generally, Nordic countries are known for their policies promoting gender equality. Female labour force participation rates are high, family benefits are generous and fathers’ participation in child care is supported by the state. The government of Sweden has declared itself as a feminist government and the country introduced gender perspective in its budgetary policy in 2016. In Finland, feminism is not embraced as openly as in Sweden though gender issues are actively discussed and more and more politicians have started to use the f-word. The recently established Feminist Party that is participating in its first parliamentary elections in 2019 has contributed to the debate by speaking for feminist politics that puts non-discrimination in the centre of politics. An assessment report on gender-responsive budgeting was released by the Prime Minister’s office in 2018, which may be seen as the first (small) step towards developing gender budgeting in the Finnish Government Budget and decision-making.

Against this background it is interesting to note that while discussions on basic income started in Finland already in the 1980’s,[1] the gender perspective has never been in the centre of the Finnish basic income debate. Not among politicians nor researchers. The same is true for the recent debates in social media that have focused on employment but less on the different outcomes that BI may have on different genders.

So why is gender relevant when talking about basic income? In feminist research, at least three dimensions have been central to the gender perspective: the impact on intra-household inequality, the status of unpaid care and employment opportunities.[2] Next I will discuss these three dimensions and how they relate to the Finnish context.

The impact on intra-household inequality. In many industrialised countries, social security and taxation systems are household-based, which means that among (different sex) coupled households, women’s social protection and income are tied to men’s. In this sense, some say that an individually paid basic income would contribute to gender equality by increasing the economic and psychological autonomy of those women who are most economically disadvantaged. Economic autonomy is said to be particularly challenging for women with immigrant background who are not employed and thus basic income is seen as a way to increase their integration in the society. In the case of Finland, income taxation and most social insurance benefits are already individual-based. Still, the argument on economic autonomy could also apply in the Finnish context where part-time and fixed-term jobs are typically performed by women. Basic income could be seen as a way to provide them with a more stable income and reduce their dependence on their partner.

In Finland, the current political debate particularly on child care and mothers’ employment is very polarized. There is already a cash benefit for parents who stay at home with their under 3 year old child. The benefit is widely used (by 43 per cent of families with children from 1 to 2 years old) and over 90 per cent of the cash benefit recipients are women. The child cash benefit is already criticised for creating a “trap for women” and encouraging mothers to stay at home instead of participating in the labour market.[3] On the other hand, it has strong support particularly among the Centre (former agrarian) party and the Christian democrats and also many families who believe in freedom to choose what’s best for their family. The critics of basic income argue that basic income would create an even greater trap for women in introducing an income higher than the present child cash benefit and would allow mothers to stay at home even after their child has turned 3 years.

In countries and communities where female labour force participation is already low, basic income is said to discourage women who are out of employment to enter the labour market in the first place. In Finland the argument is relevant mostly in the case of immigrant groups where less preference is put on women’s financial independence. In addition, it may be seen as a risk for less educated and lower skilled women who are overrepresented among child cash benefit recipients and who already may stay nearly a decade at home if they have several children. Thus for these groups of women, (re)gaining economic autonomy is extremely difficult and the question is, how to design a policy that does not create or sustain existing traps for women who are already socioeconomically disadvantaged.

Flexible employment. One of the main arguments for basic income is the security but also flexibility it brings to people’s lives. In feminist literature, basic income is seen both as a way for women to move between jobs and to combine work and family life. Since fixed-term contracts are usually more prevalent among women than men, BI is argued to bring security especially for women who would otherwise move between employment and unemployment and to help their attachment in the labour market. It is also viewed as an opportunity for those who prefer working part-time and spare more time caring for their family members, doing volunteer work or other non-work related activities. In Finland, this is particularly relevant for mothers who want to stay longer at home but not full-time; in the current system, children whose parents use the child cash benefit do not have access on public child care, which makes it difficult to combine staying at home and working.

The current benefit system in Finland is indeed less flexible and it is difficult for unemployed people to take temporary jobs because they are afraid their benefits are cut. This is an argument that most parties in the Finnish BI discussion would agree on as all parties promoting some kind of universal basic income base their main arguments on the positive outcomes on employment and the opportunities to make working more flexible. The issue of combining work and family is more complicated.

Because of the rather strong polarisation among politicians on the views on organisation of work and care, it may be difficult to discuss policies that allow combining work and child care – despite the fact that this is an issue that (according to the 2018 Family barometer survey) more than one third of Finns are willing to target more tax money to. Combining unpaid care and work is promoted by the left party and the Green party but it is not an issue that the right-wing party emphasize too much as they rather support women’s participation in paid work and shorter care leaves.

There is a strong consensus in Finland on the need to reforming the current social security system, however, the content and means of the reform differ substantially between different political actors.

Results of the current basic income experiment will be reported in 2019 and these will hopefully shed light on both economic and social aspects of the basic income model. While the experiment is unlikely to create any wider enthusiasm towards implementing an unconditional basic income scheme in Finland anytime soon, its results will help in planning the future social security reform that is supposed to simplify and strengthen minimum income protection and the social security system in general. Time will tell how this is done.