Women and
populism in Turkey 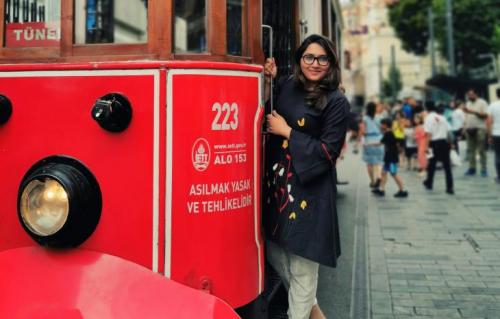 The city of love, beyond the anti-gender movement

Internationally renowned as the romantic setting of Shakespeare’s play Romeo and Juliet, the formulation of ‘love’ the city of Verona has come to champion is premised on traditionalist heteronormative scripts. But maybe something is going to change

Women in Turkey is a diverse population, with varying ethnic, religious, linguistic, class, and political identities. Major political parties, however, have not only ignored their diversity and subjectivity, but also tried to mold them into a particular persona to serve as the symbol of their ideology and vision of the “Turkish nation.” For their political ends, they also mobilize women and cater to some women’s interests.

Since the establishment of the Republic of Turkey in 1923, two major ideologies – secularism and Islamism – have dominated the country’s politics. The attitude and policies of two political parties – the secularist Republican People’s Party (CHP), which ruled as the single party until 1945, and the religious Justice and Development Party (AKP), which has been in power since 2002 – demonstrate the same populist approach, using women as targets and symbols of their political vision.

Pursuing modernization as a goal, Kemalist reforms of the CHP banned polygamy, imposed a minimum age for marriage to eliminate child marriages, recognized women as legal equals of men in certain areas such as inheriting property, removed the husband’s ability to end a marriage by repudiation, and granted women the right to choose their spouses, initiate divorce, and maintain some maternal rights upon divorce. Women also acquired the right to vote and run for public office. The party also expanded education opportunities by opening more academic and vocational schools for girls, providing free education at all levels, initiating adult education programs, and gradually seeking co-education. There was an overall effort to end the segregation of sexes and increase women’s participation in economy and public life. Also encouraging women to assume Western attire, accompany their men at public events, learn ballroom dancing, and be like a “European woman,” Kemalists expected the “modern women” of Turkey to serve as the symbols of the new “modern Turkey.”

While creating some opportunities for women, being still highly discriminatory, the reforms remained limited in their impact. In fact, the purpose of the reforms was not gender equality; they intended to integrate women into public life without ending male dominance neither in the family nor in society. For example, the 1926 civil law, which is frequently revered for its pro-women provisions, identified the husband as the head, representative and provider of the family, granted him the right to choose the family residence, allowed him to require or prevent his wife’s engagement in gainful employment, and expected the wife to use the husband's family name and take care of the house. Education of women was typically endorsed for its social benefits, for enabling women to become better housewives and mothers.

Kemalists elevated motherhood as women’s primary role, viewed women’s lives anchored at home, engaged in politics mediated through bodies of women by promoting modesty and attempting to control women’s sexuality, and overall maintained traditional gender norms and women’s dependency on men. This very same approach has been evident in AKP’s policies, and restrictive gender policies increased over time, as the party gained more confidence and its leader Recep Tayyip Erdogan enhanced his control of both the party and the entire state apparatus.

The AKP came to power largely thanks to women’s support. Practically at every election, women’s votes for the AKP exceeded those of men, partially because the female electorates in Turkey tend to be relatively more conservative. But most important, the AKP recruits considerable number of women to its Women’s Affiliates and mobilizes them to conduct door to door campaigns to lure women. These campaigns have been particularly successful with less educated women from low income households who identify as “housewives.” The allegiance of these women is further reinforced through some welfare policies, such as mean-tested income transfers, paying an equivalent of minimum wage to “housewives” who take care of elderly and disabled family members. The AKP’s “female base,” however, is not limited to this group. The party also caters to the interests of educated, upper-class religious women, who had been engaged in a struggle against the “headscarf ban” imposed by the military government in the 1980s. It also tried to attract secularists’ votes.

As the “reformist” split from a closed-down religious party, at the beginning, the AKP leaders distanced themselves from their radical and militant Islamist past, preferred to be branded as “Conservative Democrats,” and assumed a pro-human rights and pro-EU platform. The party also invoked a sense of victimhood, presenting itself and its core constituency – conservative Sunnite Muslims – as a group that was politically repressed and socially rejected due to the secularist policies pursued by Kemalists. The AKP also implemented a range of policies to expand its appeal, garner the support of secularist groups, and appease NATO and other western allies. For example, they nominated and appointed secularist men and women (who do not cover their hair) to important political positions, including cabinet posts and parliamentary seats. This accommodating strategy helped increase the AKP votes. As the party managed to expand its control over different state agencies, especially the judiciary and the military, another landslide victory in the 2011 parliamentary elections boosted its confidence. Not feeling the need to court and comfort secular liberals anymore, the party could seek implementing its full agenda. Now able to pick up the thorny “headscarf issue,” it removed the ban in 2013.

While the majority of secularists viewed wearing and promotion of headscarves as a deviation from the modernist path set by Kemalism, some secularist feminists supported women’s right to wear headscarves as an assertion of women’s freedom. Islamists groups opposed the headscarf ban for violating religious freedoms and used it as an opportunity to mobilize women. For Islamist women, however, the ban was not only about religious freedoms but was also about sexual discrimination and violated women’s rights to education and employment. Thus, while challenging the secularist state, by demanding equal rights, Islamist women also raised questions about the traditional male interpretations of the religion. This latter point, however, was lost on the AKP leadership. As the party and its leader became increasingly authoritarian, their gender approached revealed stout traditionalism.

Reverting to traditionalism took various forms and steps. Restructuring and renaming the State Ministry for Women and the Family, created in 1990 to meet the requirements of the UN’s Convention on the Elimination of all Forms of Discrimination against Women, as the Ministry for the Family and Social Policy in 2011, by dropping “women” from the name, is one example.  Even before 2011, the AKP-led municipal governments and the Directorate of Religious Affairs were running “marriage” workshops or booklets that encouraged keeping women at home and dependent on men. Erdogan always opposed electoral gender quotas. Thus, Turkey’s global ranking on various UN indexes of gender equality and empowerment dropped significantly during the AKP rule.

Upholding motherhood has been always a prominent aspect of the party’s gender ideology, but pro-natalist discourse and policies became increasingly overt. In 2008, Erdogan started to urge women to have three children, by stressing the importance of population increase for economic development. Then, he pushed the number up to five in a blatant essentialist rhetoric. He repeatedly refers to men and women as “not equals” and considers career-oriented women as not natural and not able to understand and appreciate the importance of motherhood in Islam. He also objects to birth control, family planning and baby formula for being un-Islamic and refers to abortion as “murder”. While certain parliamentary draft bills that attempted to ban abortion, restrict caesarean births and legitimize child marriages were shelved after massive protests by women’s groups, the AKP continues to consider policies that work against women, including a bill that would restrict divorced women’s alimony rights.

Not surprisingly, the government’s advancement of patriarchal norms concurs with increased promotion of Turkish nationalism and militarism, both having more devastating effects on Kurdish women. As various women’s groups struggle against this trend, the onus falls on Islamist feminists. The gender policies of the country in the near future largely depends on their ability to collaborate with other feminists, as they did in the past, as well as their ability to influence and sway “conservative” women who worked and voted for the AKP.

Read this article in Italian