The city of care.
Urban spaces and vulnerable bodies 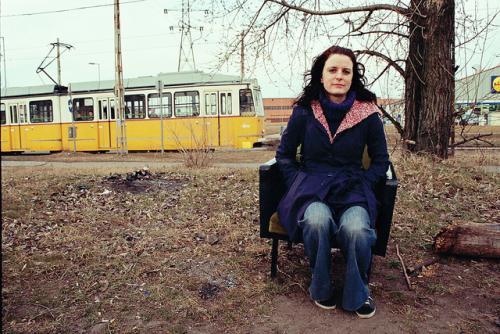 I began to be interested in care in 1996-1997 thanks to the seminar on this subject organised by the Vanda Group of the Polytechnic University of Milan[1]. Why care? Because, at the time I had had an insight that behind the ephemeral and daily complex gestures that accompany the work carried out at home and within the family was hiding a way of governing things and a cognitive approach to the world that had all the dignity of a truly different paradigm. This way of governing was linked to the experience that women have of the world and to their vantage point, because care is a skill that has been entrusted for centuries to women. But I don't believe that care and femininity necessarily go together and are consubstantial. Quite the opposite, my political goal is to fight against this misunderstanding.

Care is a wonderful word. Today, when I'm living abroad and trying in vain to adapt it to the multiple translations into other languages, I appreciate even more its power and richness. This term, in fact, indicates - in its meaning of diligence, zeal, painstaking attention, competence - a job done with engagement, an attitude, an ethical and behavioural posture that, unlike the synonyms used to describe it, invests also the emotional sphere, entailing a deeper involvement. With care we also mean feelings of sorrow, worry, and irksome thoughts. This term, hence, immediately splits up and multiplies: it is rationality expressed in its ultimate qualitative effort as well as a lively and alert emotional sensitivity; moreover, it is a tension of the soul and action at the same time, because care always is attention ready to be turned into action.

Its complexity does not deplete its semantic nuances. Also the fields of application of care are multiple and practically involve all human activities. Any form of protection, surveillance, "guidance" of a fragile, vulnerable or in-progress process, can take on the name of care; living beings, things, relationships or processes which need support, even though a temporary one, become an object of care.

The term care already in its signifier, proves to be capable of challenging many oppositional logics that structure our culture which for example postulates emotional sensitivity and rationality as conflicting polarities.

It is exactly in placing itself in the gap between the opposites that care plays out its transformative potential: care disrupts the boundaries for instance between the categories of responsibility and freedom, between duty and right, constraint and autonomy, vulnerability and security, and offers a different reading of the idea of power.

But in our story around the "grammar" of care and its competences no logos has developed, nor a technical language capable of describing its characteristics, practices, reference values and finally giving it a political voice emancipating it from its private and emotional dimension[2]. Also historical feminism, having kept a distance from this dimension experienced as a constraining fate, has contributed to further lock the door that kept the wisdom of care out of politics.

But I think that time is ripe for this heritage of skills to deploy its potential.

Care, a very high profile skill in terms of relationships, master of the sense of limit, tutor of vulnerability, is offered as the cultural paradigm which is most suitable to the governance of things in a world which is in the midst of an ecological and economic crisis, in the world and in particular in the city, the field in which I have tried to adopt this reading key in my research whose final result was my publication: The city of care. Or, why a mother knows something more than an urbanist (Liguori, 2015).

There are two levels through which a reflection on care can contribute to the discourse on the city and its governance:

Concerning the first point, it can be seen that the work of care is the factor which mostly influences the different way of living the city between women and men. Since women especially still have the burden of the work of care in Italy, they move around and use the urban space in a different way, conditioned by the need to reconcile all the working requirements, whether it's paid or unpaid work. This type of use provides the chance to know the limit and vulnerability. It highlights the needs, intercepts the obstacles and the issues that condition the quality of urban life.

In a society of care, women and men, in their daily shared practice, have hence the possibility to gain a vantage point over the city. The experience of care of the other gives us back an awareness that increases our sensitivity making us human. Practicing care enriches with new details the need for freedom which care actions daily raise and this is done on the basis of a new understanding of the concept of freedom. The other who depends on you, who needs your care, gives you the capacity to know the most threatening nature of power, to see where it can hide in order to tighten its chains at any moment, not only in relationships, but in the space where you are living, both domestic and urban, as well as territorial.

Beyond monitoring needs, the knowledge of care equips individuals who know how to use it with the tools to meet those needs. In this, care plays out its contribution as a "governance model". A model particularly suited to complex, chaotic dynamics with variable geometries. The tools it deploys are the measure - the sense of limit - and the awareness of vulnerability, authority, empathy, common sense, responsibility, loyalty to experience, listening capacity, adaptation to the context, flexibility and creativity.

This model has an impact for instance on some totems - the regulatory system or security policies - that have been controlling our collective life and the construction of our urban environment for years. Its principles go hand in hand with the most innovative experiments implemented in many sectors such as the capability approach to economics and the new forms of governance in the social and urban context.

The city of care is the city of bodies in their special plurality, in their compelling vulnerability, with their relationships and their eagerness for beauty. Our cities are still very distant from this goal. What seems to be lacking is exactly a view capable of building on a new paradigm, a model that takes into account the instances raised not only from the great flows and the macro-functions, but from the daily gestures, minimal, local, from the dimension of the bodies and the vulnerability of the bodies; a view capable of shifting the focus from the separated tasks that each of us carries out, to the relationships between these tasks, relationships that keep the balance of the integrity of people's lives.

Care is what we need as human beings - therefore mortal - whether we are born female or male, and it is therefore to the advantage of everybody that both genders are competent and devoted to the care of oneself and of the world.

There cannot be a city of care without a civilization of care shared by women and men, for the necessary view to build the city of care can be acquired only by direct practice.

In carrying out the work of care we walk intensively on urban streets, we use services, we weave relationships, we give sense to connections, we have the awareness of the vulnerability of bodies and their particular needs.

Those who work as carers weave a strong relationship with the urban space but very often it is today a frustrating one-way relationship: in that space one doesn't feel noticed; in that space one doesn't find a reply to one's needs. This is not just a minority category of the population, but it's the experience of almost all the citizens to the detriment of the quality of life of each one.

The city of care is not the new Utopia. Quite the contrary, we can say that we have so far lived in a utopian city, that is a city founded on an abstract model, far from the requirements of life. A model built on the unawareness of the limit, pretending that nature was a never-ending resource, that the bodies were invulnerable, that time and opportunities of people could be freed by any constraint or responsibility. This city, as a large scenery of papier-maché, has been able to pretend to be its own progress only thanks to the care work of many women, invisible and remote, thanks to the "domestic" work that in our imagination is still perceived as a fact taken for granted, due, "natural", as a gift inherent in the disinterested character of women.

This imagination has to show what it really is about: a mystifying rhetoric that produces social injustice, unexpressed conflicts - hence dangerous - between genders and social classes, a disqualification of everybody's life, an increasingly degraded and hostile environment, and a general de-humanisation.

Care is the goddess that accompanies our existence from our mother's womb to the return to our earth's womb. Dwelling, as Heidegger states, means staying with care in this passage.

This is why it is essential to appreciate care, share it and give it a political value.

Acquiring the culture of care not only as a daily discipline for oneself and in private relationships, but as a rule of the political relationships, is a prerequisite to build a civilization and a city of care.

[1] The Vanda Group, “a research laboratory on theory and female works in architecture”, at the faculty of Architecture of the Polytechnic University of Milan has trained teachers, researchers and students among which myself, remaining active for about ten years.

[2]My first book Etica della cura e progetto, published by Liguori, Naples, 2002, was devoted to the objective of building a technical discourse on care.